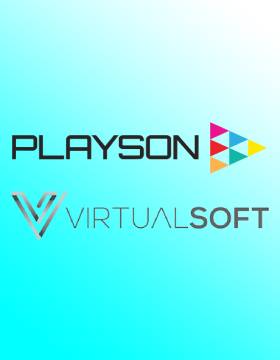 Playson has signed another agreement, this time with Virtualsoft. Therefore, the games produced by Playson will now be distributed by Virtualsoft partners in Latin America.

Playson is a leading game developer. The manufacturer announced the signing of a partnership agreement with Virtualsoft, which is a broad content provider. It is worth noting that the signing of the contract takes place in a situation when Playson is actively gaining momentum in Latin America.

Playson is known for such popular games as Hand of Gold, Solar Temple, Wolf Power: Hold and Win. The company produces high-quality content. Moreover, not so long ago, it developed and released a new technological user interface that is great for mobile phones in portrait mode. This is bound to have a positive impact on Virtualsoft's profits, especially given the ever-increasing demand for mobile phone content in Latin America.

Benefits for both parties

The head of Virtualsoft's new business, Jose Luis Osorio, said that the content produced by Playson has been one of the highest quality and most popular on the market for many years. He also acknowledged that improving the interface will have a positive impact on all parties to the agreement. The representative of Virtualsoft is happy to merge with Playson and has no doubt that this cooperation will be fruitful and profitable for both companies.

A representative of Playson also shared her thoughts. Blanca Homor, who is the director of sales, is pleased that it was possible to distribute the content in Latin America. Moreover, Virtualsoft is one of the best and broadest suppliers in this region.

It is worth mentioning the great success in the expansion of Playson this year. The partner network began to spread to different countries thanks to the signing of effective contracts with suppliers and operators. For example, in February, the company signed an agreement with Kaizen Gaming, which is a leading distributor company in Greece. Thus, Kaizen Gaming gained access to the most popular Playson content.