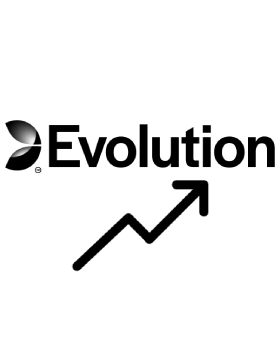 Evolution Gaming increased its profit and capitalization in Q1 2021

Evolution Gaming increased its profit and capitalization in the first quarter of 2021, compared to last year's figure.

EVOG.ST (it is under this name that the company is registered for ttrading) — a Swedish company that is the leader of the online gambling business, has carried out a number of major mergers and acquisitions. Thanks to this, it has strengthened its leading position in the field of online gambling. The executive director of the company (Martin Korlesund) at the beginning of 2020 predicted the growth of profits and shares of the company. He attributed this to the growing demand for the company's online products.

The company's profit in these regions, in relation to last year's figures, increased significantly. Thus, the company's revenue in North America increased almost 3 times, and in Asia more than 2 times.

In 2020, Evolution Gaming acquired NetEnd for more than $ 2 billion. Thanks to this, they got access to the trending division for creating slot machines for casinos. Evolution Gaming has consolidated its leadership in the online casino industry. This fact contributed to the growth of the company's profit in the European region. The company opened its first live casino studio in April 2006 (15 years ago). It was registered in Riga (Latvia) and since then the company has significantly increased its annual profit and assets.

At the beginning of this year, Evolution Gaming announced the purchase of Big Time Gaming (a Australian slot developer company). The purchase amount is approximately 450 million euros. The transaction is expected to close in the second quarter of this year. The executive director of Evolution Gaming said that this transaction is very interesting for the company and will allow it to enter new markets, which will ultimately increase the company's profits and shares. He also said that over the next 15 years, thanks to new modern technologies, the functionality of current projects will be expanded, as well as new, unique products will be opened, and this time will become even more revolutionary and profitable for the company.