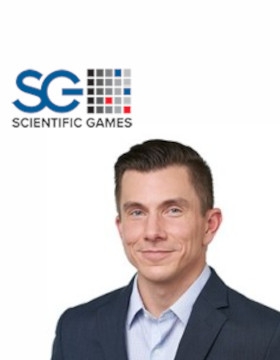 Blanco will become the new ideological genius in SG

Blanco will become the new ideological genius in Scientific Games

Scientific Games has announced that Victor Blanco will take over as Chief Technology Officer in 2022. Blanco will develop the corporation's technological strategy, based on the maintenance of lotteries, gambling, sports betting, which will contribute to the development and development of the company's gaming activities.

Blanco is an experienced professional with many years of experience in the gaming industry, focusing on cloud technologies and systems development and automation. He served as Director of the Architecture Program for HTC and was also involved with Microsoft Software, co-developing the first version of the Xbox.
Blanco's last place of employment was the technology director of Aristocrat. Here he oversaw the technology strategy, and was involved in building the team and concept that contributed to the prosperity of the Aristocrat gaming business. He also worked on the development of casual games and social casinos.

The President of Scientific Games Corp. praised Blanco's innovative and strategic vision for software development and said it was a great fit for their company as he could provide us with innovative systems and games that partners and gamers alike will appreciate.

Blanco himself noted that working at Scientific Games is the dream of any developer, where a creative and innovative approach is at the heart of the corporation. In addition, Blanco has expressed a desire to join the science games team. Science games will expand the scope of the company, which will attract new partners and clients. In the future, it may become one of the cost-effective resources of Science Games.

During the pandemic, despite losses of $ 37 million, in 2020 Scientific Games provided data on revenue of $ 762 million. During this period, profit from games decreased by 36% and amounted to 286 million dollars, SciPlay increased by 30% and amounted to 147 million dollars. Most of the profits came from digital games - $ 73 million, which is 1% more than in the previous period.