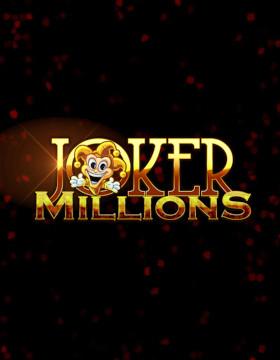 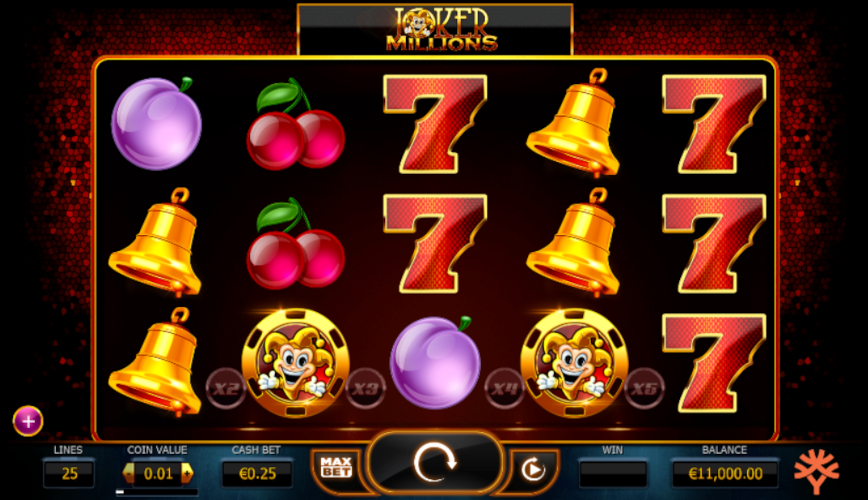 Bright colors, combined with dark tones – that’s what you’ll see in the slot’s start screen. This design feature is used here for both symbols and the game field. Such contrast creates an incredible picture that catches you with its deep colors.

The slot’s background looks like some mosaic, made of small red glass pieces. Sometimes it seems that it’s a window and the sun rays enlighten the game area through the glass. In the center you’ll see a square place, where symbols land. It looks like a plain surface, painted with blurred colors. The red and black colors were used for its design, which is also true for the whole game’s background.

If we put away the visual part of the slot for a moment, it will be clear that it also has a number of essential parameters that are far more important than vivid colors and interesting design. These characteristics directly influence the whole gaming process from the beginning to the end. In the Joker Millions slot there are such crucial characteristics: 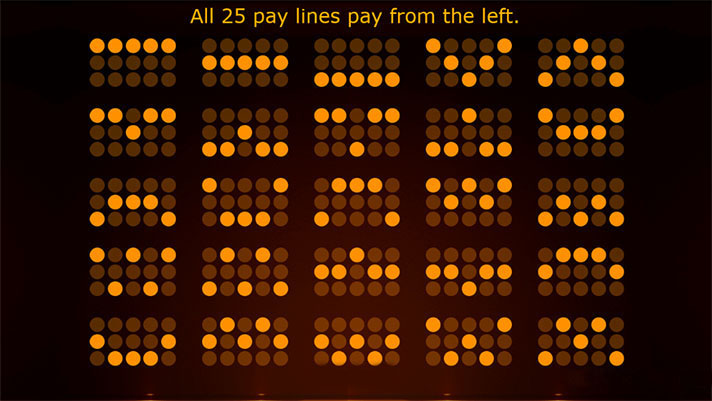 Symbols and the gaming process

The Joker Millions slot has a number of controls that help you to choose the game parameters. All they can be found on the long blue panel in the low end of the screen. It contains such elements as automatic spin button, max bet, coin value and start button. The panel also displays selected lines, wins, total bet and current cash balance. For advanced game settings you should click purple plus button in the left.

As for symbols in the slot, there are 7 regular ones here. Each of them got a certain value in virtual coins, which will be your award for image combinations. If we put all the symbols in the descending order, the next list will be formed: 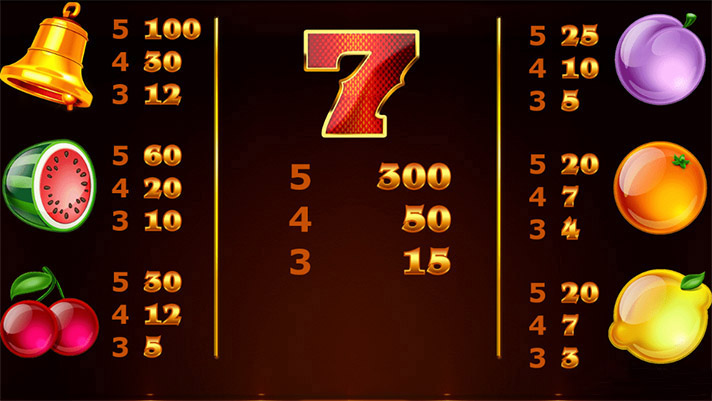 Some Yggdrasil's slots has a feature, called freezing. It helps you to receive the best prizes from any symbol combination you get. This feature also can be found in the Joker Millions slot. Whenever you get a combination in the game, your award won’t be payed instantly. Instead of this all the winning symbols become sticky and the re-spin is triggered. If you obtain more valuable pictures of the same kind, the whole thing goes on. Your award will be paid when the identical symbols will cover the entire game field or if the appropriate symbol won’t appear after the re-spin.

There is one more thing you should know about the mentioned feature. If you mange to fill the whole column with identical images, your wins will be multiplied. Its maximum size is 5x to the total prize when all the columns are filled from the left.

The only special image in the online game is joker. It looks like a coin with the appropriate portrait in the center. To get any win, you need at least 5 valuable pictures. In case you’re lucky to get one joker on each reel, you’ll receive an instant mystery win for every image you obtain. Its size is up to 1000 coins, thus the maximum prize amount for 5 symbols will be 5000 virtual monetary units.

As soon as you got a joker on each reel, the re-spin feature activates. If you receive more symbols of the same kind, the game continues. Every new image awards you with a mystery win. The round can last until all the game area will be filled with joker symbols. That will mean you’re extremely lucky. If there is 15 joker images on the screen, the player gets a progressive jackpot, which can reach the size of millions EUR. 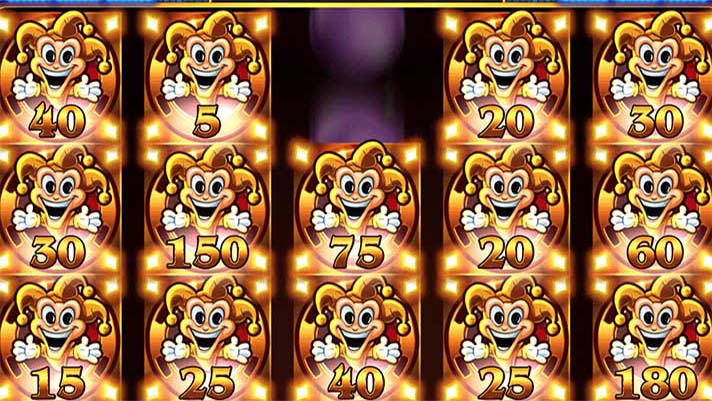 The gaming experience, pros and cons

There are many fruity slots in the Web, but the Joker Millions online game is probably the most profitable for gamblers. The freezing feature creates huge wins even with the simplest regular symbols, while the joker spin feature instantly gives you thousands of virtual coins.

Still, there are some cons in the game. For example, the regular symbols are not so valuable as you want them to be. However, the freezing feature and the win multiplier perfectly solves this problem. Moreover, the Joker Millions can award you with a huge jackpot, which minorize all possible disadvantages.