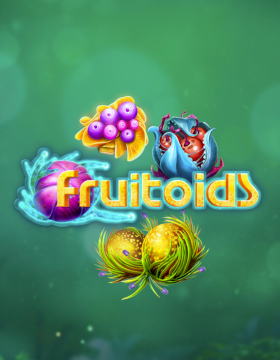 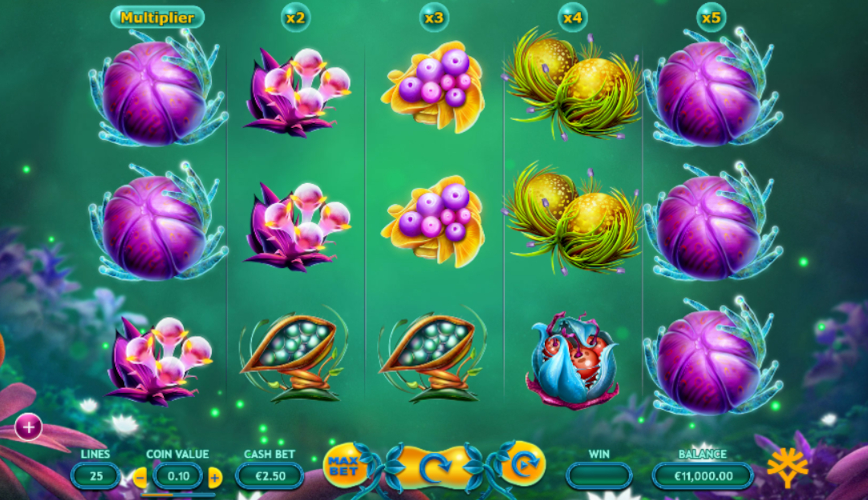 Collect the harvest of extraordinary fruits with the Fruitoids video slot

Fruits are one of the most popular images in online games, especially in traditional ones. For a couple of decades some of them became symbols of gambling world. A good example is a pair or a trio of cherries, which could be met even in the slot machines of XX century. Still, everything changes and traditional symbols are often displaced by other images. At the same time, some developers find the way to give a new life to the good old fruit symbols. So it is in the Yggdrasil’s Fruitoids slot. Here you’ll see the result of fruits evolution on the other planet. All they got a specific look and probably an interesting taste.

With the Fruitoids slot you have a great chance to dive deep in the world of space gardening and to receive the richest harvest ever. The game is free in the Web, so you can play it for virtual coins without any funds. Just use the internal slot’s currency to spin the reels and to get prizes for fun.

The game’s design and main characteristics

The start screen in the Fruitoids slot meets you with the view on some alien place, which is full of strange plants. Here you’ll see flowers that shine like lamps, leaves of many different colors and herbs with very odd shape. If you’ve ever imagined the flora in any other planet, you’ll notice that it perfectly fits the one you observe on the screen.

The slot’s background is a bit blurred, while the foreground shows you the clear images of various plants. The center of the screen is occupied by the game area. It is formed by 3 invisible rows and 5 columns, which are separated by subtle lines. They create a net-like structure with cells, where the valuable symbols can land. There are also tiny bubbles with numbers on both sides of the game area. They represent the available lines, where the valuable combinations are formed. You’ll see each of them by placing your cursor on any bubble.

If we talk about the slot’s main parameters, they are the ones that make the game unique. The Fruitoids slot received the following characteristics: 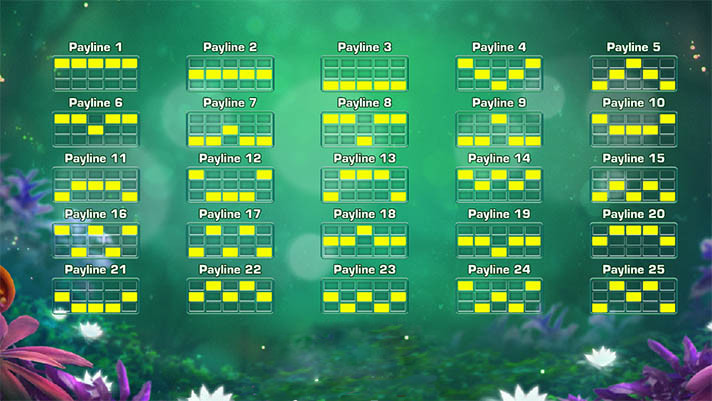 Symbols, payouts and the gaming process

After you launch the slot, you’ll require a number of tools to play the game. They’re the controls, which are situated in the low end of the screen on the special gray panel. Here you’ll find spin button, max bet, coin value, automatic start and coin/EUR switch. The panel also displays selected lines, total bet and your current cash balance. As for advanced game settings, they can be found in the small toolbar on the left. You’ll be able to see the rules, payouts, change some game parameters and turn off the sound.

As soon as you’re done with the settings, it’s time to spin the virtual reels. There are 7 regular images that can land on them and give you a win. All they look like some alien fruits and have a concrete value in coins. If we put the maximum amount of prizes in the descending order, the next list will be formed: 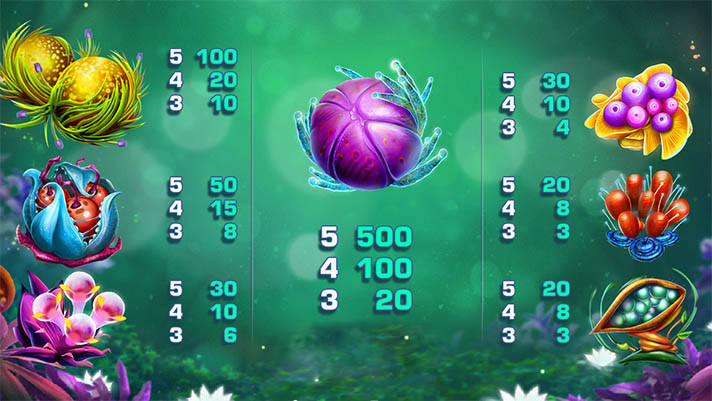 To get the prize in the Fruitoids slot you have to collect 3 or more valuable images on the line. The more you receive, the bigger your wins will be. Each symbol also has a maximum coin prize in the slot. You get it when the whole game field is covered by the images of one kind. As an example, we can take the alien oranges symbol. If we omit other possible bonuses, it can award you with 100*25 = 2500 virtual coins.

Special freezing feature in the slot

The Fruitoids online game awards you not like other slots do. Whenever a number of images form a combination, your win isn’t payed instantly. Instead of this, the appropriate symbols are fixed on the reels and the re-spin feature is activated. If you go on receiving the concrete kind of valuable pictures, the process will last until the whole game area will be covered with the one image. After that, you’ll obtain the best possible award from this symbol.

There is also one bonus in the Fruitoids slot, which will raise your wins to the incredible level. It’s the multiplier that you can receive by filling the game columns with one particular symbol from the left to the right. You can get up to 5 x to your win by filling all the 5 reels. If we take the mentioned orange image, you’ll receive 2500*5 = 12500 virtual coins.

The Fruitoids slot is the game with a very interesting theme and design. It’s a kind of level up for the traditional fruity slots. The game also has a really great freezing feature, which allows you to get huge wins. It’ll be fair to say that there are no special images or bonus rounds in the Fruitoids slot, but you have a multiplier up to 5 x instead. In duet with the freezing feature it’s better than any bonus round.