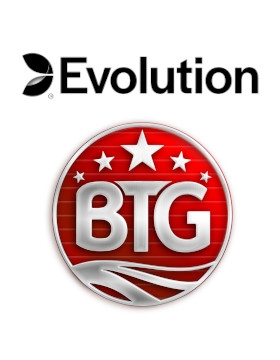 Big Time Gaming will be sold to Evolution Gaming

The deal is almost fully agreed, the Swedish company is a live casino provider and is ready to acquire the developer of slot games from Australia for almost $ 535 million. Over the past year, the Swedish provider has earned more than 33 million euros. Once the transaction is legally finalized, Evolution Group will significantly increase its profit. So say the experts of the gaming business.

Under the deal, the Swedish provider is obliged to pay about 220 million euros. In addition, it must contribute additional funds at purchase prices based on Big Time Gaming's EBITDA for 2022/23 and 2023/24, respectively. The additional amount, which is just over 230 euros, will be paid over the next two years.

In the world of the gaming business, Big Time Gaming enjoys an increased authority. It produces the world's most popular slot machines, including Bonanza and Extra Chilli. The company also introduced the innovative Megaways TM feature. It has been successfully implemented in 200 multiplayer slots.

Jens von Bahr, the head of Evolution, said that by adding Big Time Gaming, the portfolio of slot machine brands will be significantly expanded. This will strengthen the position of the company, which currently occupies a leading position in the field of game content provider. Big Times' focus on innovation in creating unique game content fits well with the ideas that Evolution preaches. Both companies are driven by innovation, so they suit each other to the maximum extent. After the merger of the companies, the players will definitely have an interesting and bright future, they will only benefit.

At the first stage, the money will be deposited by the cache in the amount of 80 million euros. The remaining amount will be covered by newly issued shares of Evolution Gaming. The transaction will be completed in the second quarter of this year. A lot depends on getting regulatory approval here. There are no other obstacles to the transaction.